The true dignity and debility of the planets

The system of dignities is of primary importance for practical astrology. But there has been great confusion regarding the appropriate alignment since the discovery of new planets. Because of this, it is now time to seek full clarity on the issue.

While the zodiac signs are completely symmetrically distributed in regards to polarity, elements, etc., the planets, on the other hand, convey nothing of the sort. The alignment of their polarities and elements are contradictory and asymmetrical and are generally hardly observed and taken into account. Their affiliation to the zodiac signs are, in contrast, greatly valued and are generally taken into account while being, at the same time, contradictory and asymmetrical. The Sun, the Moon and the planets are the most outstanding horoscopic factors. Thus, finding and establishing a cosmic planetary order should be at the absolute forefront of astrological research.

There are people who apparently are looking for the glasses that they are already wearing. Today, after forty years of intensive research in this field, I can say: “For more than 2,000 years, the answer has been apparent to astrologists as it has been right before their eyes. They see it, but are not aware of what they are seeing.”

1st Conventional belief tells us that there are 12 planetary principles; the five planets in each of a male and a female form, as well as the two lights of life, the active and the passive Moon.

Today we know that the active Saturn principle, the passive Jupiter principle and the passive Mars principle have their own embodiment (Uranus, Neptune, Pluto). This has always been true but we have only recently come to realize this. Therefore, one can assume that one side each of Venus and Mercury embodies itself and that there could be two other, unknown forms of the planets. This raises new questions as to how these forms have answered and led to a symmetrical, complete system of dignities.

The Complete System of Dignities described in the chapter “Dignities and Debilities” of the book APOCATASTASIS eliminates all contradictions and unanswered questions regarding astrological dignities. A closer look at the lawfulness hidden within a cosmic order (chapter “Binary Ontology”) reveals findings that could already have been recognized by the traditional system of dignities of classic (hermetic) astrology. 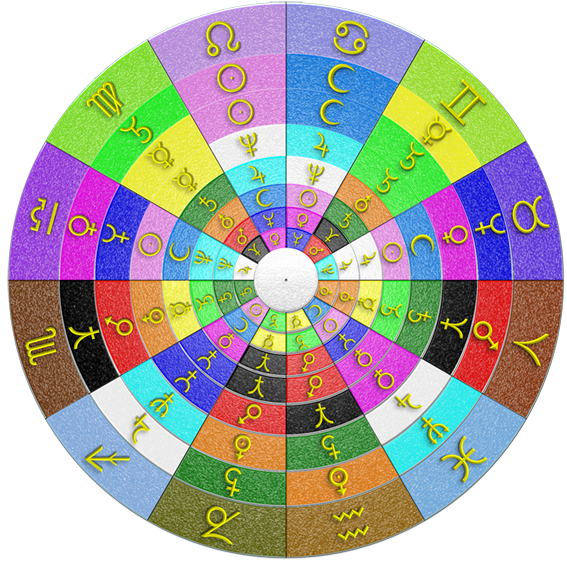 Dignities and Debilities. Slides for the Presentation at the 66. KAA Working Conference for Cosmobiological Research