The layered relativities (1st, 2nd and 3rd domicile) between planets and zodiac signs point to further layers. With this, we come closer and closer to an astrologer's dream, namely, that there is a dignity or debility for every planet in every sign. This is how the different effects of the planets in the different signs can be better understood and interpreted. The principles that we have found in the three strongest dignities (1st, 2nd and 3rd domicile) give us clues that lead to further alignments.

We can disregard the teachings of triplicity when we are faced with further considerations, as the teachings are a fallacy (chapter 2.5). This was always clear, but often deliberately overlooked. They contradict the exaltations and have, in contrast to the domiciles and exaltations, no debilities whatsoever in their opposite signs. They seem to be an inconsistent attempt to complete the system of dignities. 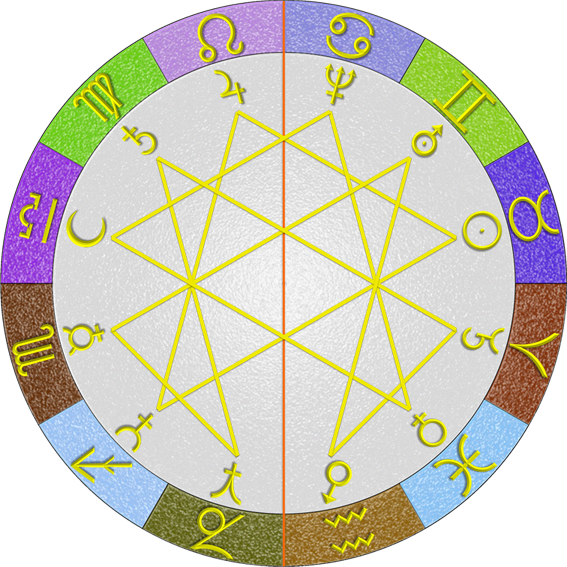 The 4th domicile is the fourth dignity of the planets. These allocations are all new and were, just as the next three domiciles, by traditional and modern astrology unknown.