Over 2000 years more or less the astrologers have successfully studied facts speaking against the deprivation of the second domicile of the five classic planets, but above all the nature similarity the planets with these characters. This relationship is once again obvious in the astrological literature, to a lesser extent as with its first domicile. For that reason we can indeed talk about a 2nd domicile. That five of the classical planets, as for example Jupiter to Pisces or Mars to Scorpio, have a secondary domicile is obvious. That however also means that the new planets possess a 2nd domicile; Uranus to the Capricorn, Neptune to Sagittarius, Pluto the Aries, the feminine Venus (Faunus) to Libra and the feminine Mercury (Iustitia) to Gemini.

This finally solves the problem with the old and new rulers (Saturn-Uranus Aquarius, Jupiter-Neptune Fish, and Mars-Pluto Scorpion).

In regards to the lights of life (Moon - Sun), there are some justified doubts about such an exchange. Astrologers were, for example, always convinced that Jupiter, by way of Pisces, had a domicile, but not that the Moon had one by way of Leo. This would mean that the Moon in Cancer has a 1st and 2nd domicile. The same holds true for the Sun in Pisces. Thus, the 2nd domicile is not aligned to the same perfection that the 1st domicile is. 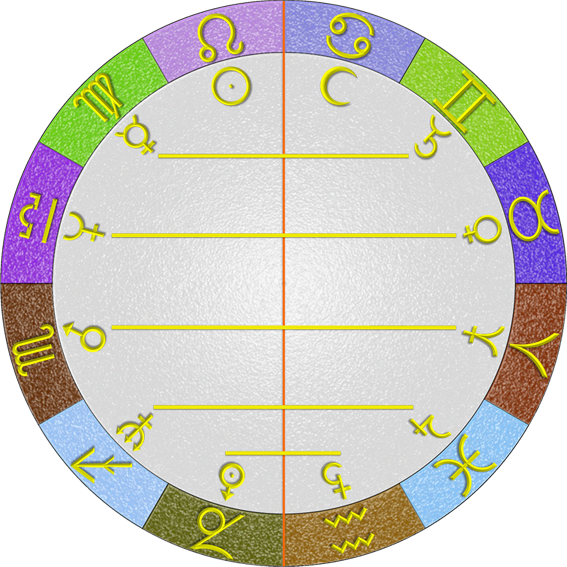 The 2nd domicile is the second most important dignity of the planets. It is here that there are the second-most similarities between the planets and the zodiac signs. This arrangement emerged in 1974.